McGoohan in his own words: I've always been obsessed with the idea of prison in a liberal democratic society.

The comment that prefaces this particular Blog was made by Patrick McGoohan in 1968, whilst discussing his then newest show, with Joan Barthel of the American TV Guide. Having completed his Prisoner project earlier that year in England, and with its first broadcast now safely part of history, McGoohan was noticeably more relaxed about himself as he made the rounds of the American publicity machine. He had no more secrets to keep and his own motivations could be expressed without the worry that he might inadvertently let something about his show slip. That The Prisoner was very much grown from his own psyche is witnessed most obviously by the frequent reliance upon utilising his personal experiences and ideas to inform the structure of some aspects of his Number Six. That is not to say Number Six resembled a complete personality – in fact McGoohan once commented that Number Six took an idea so far in one direction that it became almost absurd.
The simplest examples of his using his own biography or experience to inform the creative process is witnessed by the birth dates of Number Six and Patrick McGoohan being identical. The fact that Number Six became a secret agent rather than a scientist or diplomat was informed by the simple fact that McGoohan could riff upon the personality of his previous acting creation, John Drake. By focussing on a limited number of mannerisms, sayings and moods of Drake, McGoohan could jumpstart himself straight into a playable, consistent characterisation. It gave him somewhere to start. But where did the initial ideas come from… the ideas to place a man in an unknown place – a prison with no bars that was yet inescapable and to kidnap him there for the mere crime of choosing to resign from his job.
Prisons and the characters imprisoned unjustifiably, are an age-old and frequent setting for drama of course. McGoohan himself had featured in such prison-based productions as Disturbance a TV play from 1958, The Quare Fellow – a movie from 1962, and of course his eponymous The Prisoner – a TV play from 1963. The Bird Man of Alcatraz  from 1962 had been a  recent and hugely influential movie, and I’m sure the reader can think of more such examples in the popular culture of those times. Concurrent with The Prisoner was the hugely popular TV show The Fugitive – an American show where the prisoner who had avoided prison was continually escaping recapture. Patrick McGoohan and David Tomblin tweaked a somewhat inverted idea where the prisoner has been kidnapped into captivity, but held within a prison that was quite luxurious rather than punishing.
Tight self-contained communities that did not necessarily seek to punish were however something quite familiar in McGoohan’s real life. His time at Ratcliffe College is fairly well known nowadays, although his passing through that school seemed unremarked at the time. As a poor Scholarship boy from an industrial Sheffield working-class family his own personal isolation in a prominent fee-paying British public school was not necessarily likely to be the happiest time of his life. With his usual self-deprecation he offered a flavour of his predicament in his 1965 autobiography:
http://www.danger-man.co.uk/docs/magazines/woman/09-Oct1965/pdf.pdf

It is merely stating the obvious that the educational but confining precincts of Ratcliffe informs much of the episode Once Upon A Time, where early scenes in the Embryo Room feature an overbearing school-master who seeks to unravel the mysteries of a growing boys mind. 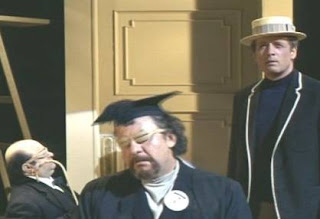 The fact that McGoohan garbed his inmates in the typical piped blazer of British schools could easily be an implication that just as he had been plunged into a place he didn’t understand as a boy, so had his Number Six, in his own mind. 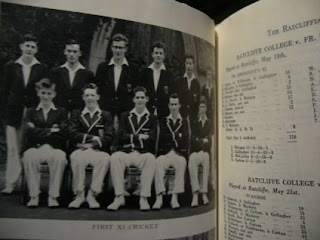 McGoohan was not alone at that time in visualising the traditional British public school as a strange and threatening place. Around the same time as The Prisoner, Lindsay Anderson produced If , a movie polemic that like The Prisoner features a hail of bullets as part of its climax. 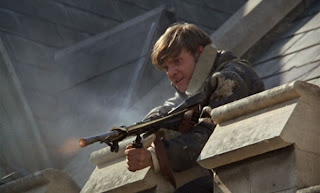 Whilst elements of McGoohan’s school-day experiences might have influenced his trains of thought there are two prime examples of actual unusual prisons within just a few miles of where McGoohan lived and spent his working life until the age of 25 or so. The first one was of national significance in Britain and lay just 20 miles from Sheffield, outside the neighbouring Yorkshire town of Wakefield. Open Prisons remain controversial to this day and having such a pioneering establishment not so very far away must have made it quite a talking point in the Sheffield of the 1940’s.

http://rds.homeoffice.gov.uk/rds/pdfs05/hors26.pdf
Another prison however that existed not to punish anyone, but merely to detain them, existed just three miles from where Patrick McGoohan lived with his parental family in the years between 1944 and 1952. Lodge Moor POW Camp was on the edge of the moorland, to the south-west of Sheffield, but was in fact only about six miles from the city centre itself and just three miles west from the suburb of Fulwood where the McGoohans’ lived by then.

Prisoner of War camps were governed by the Geneva Convention and the Italian and German military prisoners held at Lodge Moor were imprisoned but they were not necessarily locked up. Various residents from the area have placed their memoirs on the worldwide web about Camp 17 – Lodge Moor POW Camp, Sheffield.
During WW2 as a kid, I used to go walking with my parents past the POW camp. It wasn't just used by Italian POWs but by Germans too. Toward the end of the war, they began letting prisoners come into town quite freely, where they would spend whatever money they got from working the fields in the market. My cousin Jean got very friendly with a German prisoner and since I spoke German I used to translate their love letters. A lot of fun for a teenage kid!!.
My late Grandparents who lived in Walkley had some German P.O.W.s for tea, these were from the Lodge Moor POW camp. I think that this was rather nice of them as my Grandparents had been blitzed out of Bolsover Street.
One of the marriages we have transcribed from St Mary's, Walkley has a groom with a German name whose address is listed in the register as: No.17 Prisoner of War Camp Lodge Moor Sheffield. This was in 1948. This man was 21 and a shoe maker by trade.
Would most of these prisoners have even wanted to escape?  During the war of course, some did make various attempts, but many continued to live at the camp some three or four years after the end of war until finally repatriated or resettled (some are known to have stayed in Sheffild). In those years of 1945 to 1949 it is evident that if Patrick McGoohan had always been obsessed with the idea of prison in a liberal democratic society. he could not fail to have been aware of this strange prison that wasn't a prison just down the road. He may even have become aware via local gossip that:
When prisoners arrived at the camp they were interrogated by the Prisoner-of-War Interrogation Section, which categorised prisoners according to the strength of their belief in National Socialism. Fervent believers were deemed 'black', non believers 'white' ………..
http://www.thestar.co.uk/features/How-Sheffield-was-home-to.6255140.jp


One never-explained aspect of The Prisoner is that some of the villagers wear white badges and a few wore black ones. Explanations by Prisoner fans over the years have ranged from intricately devised theories of Arcanity, to the other extreme of dismissive notions of mistakes and sloppy production standards. Perhaps the truth indeed lies in some chatter Patrick McGoohan had once heard about those prisoners who lived up the road and this was one of his initial ideas that than became swallowed up in the Everyman/ITC/CBS process of commissioning the actual programmes. Simple as black and white perhaps when a little background research is carried out. 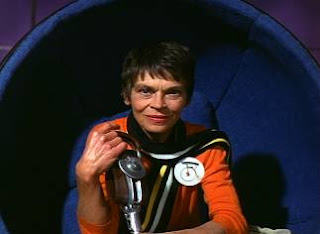 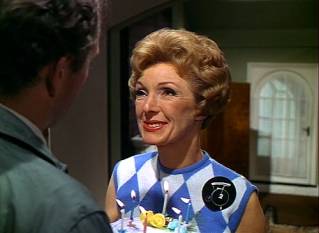 How many of each?
Who's standing beside you now?
I intend to discover who are the prisoners and who are the warders. 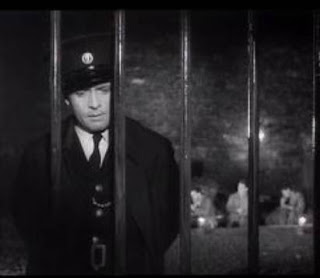 Be seeing you behind bars.
Mine’s a pint of the best.
I'm Obliged.
Posted by Moor Larkin at 12:30 7 comments: Links to this post