McGoohan in his own terms: "I didn’t resign, in any way"

The creative origination of The Prisoner seems to have lain solely in the mind of Patrick McGoohan. In my previous Blogs I have discussed the facts about how American network interest in Danger Man had waned as quickly as the Nielsen Numbers in 1965 and how McGoohan had said that the future of the show relied largely upon American interest (investment). However, there is also no doubt that he felt the show had run its course anyway. There had been over forty hours of stories produced by then, so his misgivings seem quite understandable. The show also faced a huge technical challenge to move into colour. It would have had many expectations of it from the established audience. McGoohan said in interviews years later that he had asked Lew Grade to switch the show into colour previously, but Lew had declined to do so on the grounds of cost. It may well be that the failure of Danger Man to achieve the ratings CBS wanted in 1965 was due to the fact that in America colour was already becoming the expectation and the monochrome adventures of John Drake seemed pale to the US mass audience at that time, who now expected colour on their TV screens.

Nonetheless, it seems likely that ITC would have continued to produce the show anyway, as Lew Grade was selling it all around the world by this time and John Drake was at a peak of popularity even into 1966 in territories as diverse as Japan and Argentina. There was certainly no pressure on McGoohan to stop making the show; that seems apparent. However, his career to that date had demonstrated that he was rarely happy to ‘stand still’ for very long. He once explained that one main reason he had liked playing John Drake was that the plots allowed him, as a secret agent, to play a different role lots of the time – as Drake impersonated some character or other – and that this variety had made Danger Man not unlike playing Repertory Theatre, where he would adopt a character for two weeks at a time. The real nub of his problem may have been two-fold.

First, the budget would be constrained because of the lack of CBS interest; the reliance of ITC on American investment was constantly well-publicised by Lew Grade himself, via his self-congratulatory press releases – the need to move into colour would exacerbate this problem of finance. McGoohan sought more quality both in scripts and production standards but was facing the inevitable fact that both of these would be increasingly under pressure.

Second, Ralph Smart had declined to be involved in any further series of Danger Man. Whilst there is no evidence that McGoohan and Smart had any close relationship it does seem the case that Smart had been very much the driving force behind the script-writers and the stories as well as the production standards themselves, but also that his touch was a light one and by no means was he ‘hands-on’. As a consequence of Smart’s increasing absence from the scene (Smart was to have no involvement in the two colour episodes of Danger Man that were made), Sidney Cole became the controlling producer. He seems to have been more hands-on than Smart and this may well have not suited McGoohan, who often tried to assume an unofficial controlling role, as if he were an executive producer of Danger Man. Cole himself reminisced once that McGoohan had complained towards the end that things were always done Cole’s way. Mr. Cole had pointed out to his star actor that this was because he [Cole] was the Producer.

These circumstances seemed to have left McGoohan determined to exit the show. He had gained a personal rapport with Lew Grade and his own professional self-confidence evidently allowed him to negotiate for his own preferences. Contrary to the conflation of his real life into the plot of The Prisoner by the traditional fan-base of The Prisoner however, there was no sudden or dramatic ‘resignation’ a-la Prisoner Number Six. McGoohan explained more than once how events developed: the quote that heads this blog is from the 1984 Channel 4 drama-documentary Six into One  His interview was chopped up to fit the way the documentary was made and the raw material has never been made available so we may never know what was said,other than the excerpts included in the broadcast. Evidently by 1984, Patrick McGoohan was aware of the fables being embroidered by his erstwhile fans, because one of the first things he is at pains to clarify is that he never resigned in any peremptory way from Danger Man.
I didn’t resign, in any way, I just decided that……….. I enjoyed doing Danger Man but I thought that we’d done enough of them and the ideas started to get a bit thin and before they sort of got thinner and thinner and thinner, until there was nothing there, I thought it was a good idea to stop; and I went to Lew Grade and said that would be about enough. And then discussions went on about other things. 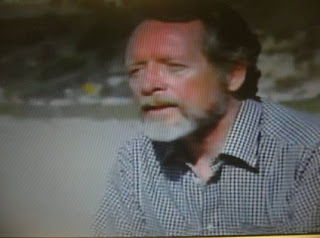 http://www.illuminationsmedia.co.uk/blog/index.cfm?start=1&news_id=201
My last blog provided clear evidence of the veracity of his statements and their consistency with contemporary accounts.


Patrick McGoohan's explanation seems to be fully backed up by David Tomblin’s account of how the show began it’s first steps into life, with Tomblin not even fully knowing what the project was to be about!

Patrick came in one day and said, “I’ve seen Lew, we’ve got the money, we’ve got the series.” Oh great I said – what series is that? He said, “Well you know, what we’ve talked about all these years, - and so on and so forth – so he said write the first story, so I said I’ve never written before, so he said “Well, we’d better start writing.
This seemingly odd state of communication (to modern minds) between the two men, who were friends as well as partners in Everyman, was to some degree explained by Bernie Williams, when he reminisced about his own personal interactions with them. 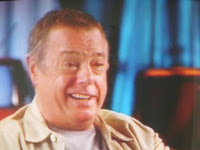 The thing that was very noticeable for me when I met David and Patrick is that they were definitely ‘loners’; they were ‘men’s men’. They didn’t talk too much about stuff and when they did it was ‘intelligent discussion’ – serious thoughts ………..so somehow we just ‘clicked’ and yet we didn’t talk too much about it. I just think we were emotionally in the right place to make this kind of material and so it was easy.


In that same 1984 documentary mentioned above, McGoohan went on to describe what had been on his mind
What was the germ of the idea? How long had it been in my head? Well, it was….. in my mind……. from the very early days, maybe from about seven years old, being the individual against the Establishment.... the individual against Bureaucracy, the individual against so many laws that were all confining…… the Church for instance – it was almost impossible to do anything that was not some form of sin…
The relevance and importance of Portmeirion was also emphasised by McGoohan during the interview footage interspersed within that quirky, but very effective documentary
I can remember precisely, we had two weeks of vacation for the 39 half-hours of Danger Man, in North Wales, and one of the locations was at a place called Portmeirion, and I had to do a shot out of one of the Danger Man episodes – driving in a - and I remember it - it was a bronze Aston Martin and I drove it down this little street in the village and stopped and had to do a scene, and it was the first time I had seen Portmeirion and I thought it was a miraculous sort of place, beautiful and already, in my head, I was astonished that I had never seen this in a film. I don’t know if it ever….. used it… This is a setting which could be beautiful enough, mysterious enough, and confining enough… to… be…. the base for our man in isolation.
Bernie Williams provides the final confirmation that although The Prisoner had been commissioned between Lew Grade and Patrick McGoohan on April 16th 1966, by the time he became involved the series' intentions were by no means clear to anyone other than Patrick Joseph McGoohan.
The first thing I think about The Prisoner is the word Nightmare…..Because it came up so quick, and it wasn’t developed! It was developing in Patrick’s mind but we were already rolling the cameras so we were trying to get a grasp of what the series was about, and Patrick wrote the first script, Arrival, with David, Tomblin. It was really a question of sorting out what is this village, what is this man, what’s their motives, what’s his motives, what’s this place supposed to be …….. and all these issues are being discussed as we’re shooting!!


The original premise for The Prisoner seems to have been "the individual against the Establishment.... the individual against Bureaucracy, the individual against so many laws that were all confining".... and it is plain that McGoohan intended to make his tale carry some biographical resonances. His insertion of his own time and date of birth for his character, Number Six, makes that clear in Arrival. How he was to put across these ideas against a backcloth of the Cold War and the shadowy world of contemporary spy shows was the predicament McGoohan faced next. He intended no sequel to Danger Man, James Bond, Man from Uncle or any of those shows. He was ploughing his own furrow but although he seemed to revel in isolation, he was by no means ploughing alone. He had men like David Tomblin, Bernie Williams and Jack Shampan to help. In some of my earlier blogs I have touched on the raw materials he may have used from his own life and career experience In my next Blogs I will touch on a few of the things that seem unlikely to have found their way into the show by mere coincidence. Everything comes from somewhere.
Posted by Moor Larkin at 16:55 No comments: Links to this post