McGoohan in his own words: "You can't do a thing like that on your own"

Some years ago I became fascinated by a particular photograph I had come across in a 1960 book about TV. At that particular time I had been curious about Ralph Smart - whose name was so well-known and yet who seemed to be little-known otherwise. The confident looking guy, leaning on the camera being operated by Patrick McGoohan might be him I reasoned. I showed the photo to various *experts* at the time, but other than identifying Jack Lowin as the man with the moustache, nobody had any idea who the other man might be.

It was only a year or so ago, when I was browsing the cache of photographs of the 1967 Prisoner production at the AMC site, that I suddenly saw my man again. Once more - he was leaning nonchalantly on a camera. Who on earth could he be? Somebody important... somebody forgotten somehow by all the experts and all their burrowing research.

There were a number of key film-crew who worked with Patrick McGoohan on both his TV series, Danger Man and The Prisoner. Most of them had been interviewed unto death at the various prisoner conventions, but evidently not this guy. There really was only one candidate, who would had the clout to be casually standing about, leaning on cameras and generally getting in the face of both Patrick McGoohan and Don Chaffey.

Strangely enough, I had not so long before had a web conversation in which the very same man had cropped up, as described by Ignis Fatuus: Brendan Stafford was more significant to the production than individual directors. As director of photography he worked on every episode. ITC productions relied heavily on the use of 'stock footage' to establish location and atmosphere for (largely) studio-bound productions. He would be responsible for assembling this material, and matching it to specific productions so that it 'blended' with the overall visual style of the studio work. Ignis was talking about Brendan's involvement on Danger Man, but his opinion must be just as valid for the making The Prisoner.

Brendan Stafford, an Irishman from Belfast who has over 500 series' segments to his credit as well as many feature movies. Among the best-known series on which he has worked have been "The Adventures of William Tell", "The Invisible Man", "Danger Man" (both the original half-hour programmes and the one-hour productions seen in America as "Secret Agent"), "Rendezvous", "One Step Beyond", "Sir Francis Drake", "Man of the World", "Sentimental Agent", "The Prisoner", "The Man Who Never Was", and many of "The Saint" segments. As a member of the Irish Film Society, Brendan made 16mm films which he showed to producer Michael Powell, who suggested that he should go to London. So Brendan gave up the portrait studio he was running and plunged into feature films, directing documentaries and then photographing several productions. For a time, he concentrated on direction of such films as "Stranger At My Door", "Proud Canvas" and "Men Against the Sun", but then returned to camerawork and decided to keep to this. Feature film photography took him into television films for Douglas Fairbanks Jnr., and then one series after another. He occasionally returns to feature filming (latest, "Crossplot", starring Roger Moore), but cannot resist the infinite variety offered by series.
http://ufoseries.com/marketing/pressBook.txt

As McGoohan frequently commented, he did not - indeed could not - create The Prisoner on his own. The phrase that prefaced this particular Blog was something he commented in an interview in 1990, continuing:

I had fellows who came in it with me.

In another interview in the early 1990's he mentioned two others:
David was the assistant director on the hour long episodes. We have grown to be very good friends, when I was making The prisoner I found it necessary several times to leave him in total charge because I was working all day as an actor and often as writer and director. I found it necessary to have someone to trust, that was David, since then he has done a lot of work as assistant director. If there is a problem he is the best in the world !

For The Prisoner, for example, I had a terrific artistic director.  When we discussed a design, I told him what I had in mind and he translated it onto paper.  In the process he added his own ideas, certainly.  His name was Jack Shampan.  A terrific guy.  Unfortunately, he's gone now.  We understood each other marvellously.  And that's the best way to work.   If there's enthusiasm and the team feels it's being directed by someone who knows what he wants, then all that enthusiasm goes into good work.  If you feel that the director or the producer is only doing it for the money, then nobody gives a damn.

Whilst my Blogs are somewhat polemical about the over-arching influence of Patrick McGoohan himself, he was seemingly the first to acknowledge that he did not create in isolation. Indeed, in that 1967 TV Times, McGoohan co-operated with the journalist in making sure many of the key people in his operation were all identified by name.
http://www.danger-man.co.uk/docs/magazines/tvtimes/Dec1967/pdf.pdf

All credit to where credit is due. Brendan J Stafford
Posted by Moor Larkin at 22:00 4 comments: Links to this post

McGoohan in his own words: Noone ever asked me, and they're not going to ask me, because they know there is no lost episode! But somebody made a lot of money out of it - because it sold!

The McGoohan quote that prefaces this particular blog is from the little-published interview Patrick McGoohan granted to Howard Foy around 1990, published in Primetime magazine. He was discussing the *Alternative* version of the episode Chimes of Big Ben. This different cut of the episode was found by an American researcher checking into the archives at Canadian Television. Famously it includes a scene entirely absent from the version that was made available in the British and American broadcasts, as well as some other differences. 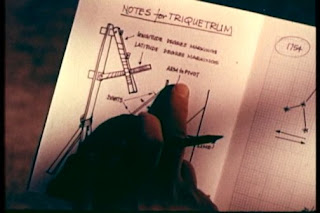 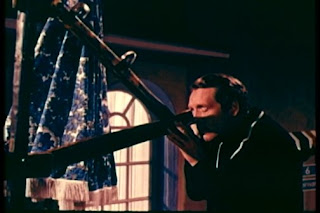 http://www.bookmice.net/darkchilde/prisoner/chimes2.html
The Canadians began broadcasting The Prisoner before anywhere else in the world, but they also stopped earlier than anywhere else and in that 1967 season only ever broadcast 13 episodes. It was not the only country to only use 13 episodes: Germany was another. However the reasons for this decision in Germany were quite different to those in Canada. It remains a little bit mysterious as to why Canadian TV was so precipitate in broadcasting The Prisoner - perhaps they thought there might be further series of it and so showing the first 13 only would allow them to end season one. That could be one interpretation. However, they broadcast the episodes in such a different order to the one that became the intention of the production company that I am left convinced that, for whatever reason of their own, they decided to only use the episodes that would be available  to them by the end of November 1967.
Some while ago, my fellow researcher, whom I refer to as The Sheriff, co-operated with me to elucidate the actual broadcast order that took place in this very first showing of The Prisoner. It had struck us as curious that in all the weighty and not-so-weighty tomes on the subject, it seemed nobody had ever have looked at the Number One version of the show. It seemed also rather remiss that the very first academic study of the show, which actually took place in Canada seemed completely oblivious to the manner in which their show had first been broadcast into the world consciousness. 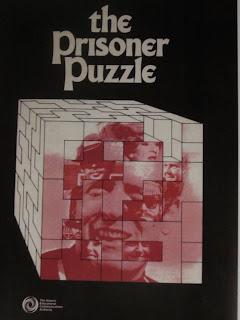 Their lack of study of that history is perhaps forgiveable because in 1977, the Ontario group were not first and foremost interested in the making of the show, but more interested in the meaning of it. However, in the intervening four decades since then, nobody else in the world of prisoner fandom seems to have been interested enough in actual documented history to find all this out. They have filled books up with piffle and paffle, but of their Number One? They know nothing. Number Six would no doubt smile sardonically at this point.


What does this all mean? I expect it means what it is - a different order, but perhaps not one that many lovers of watching this show in different orders might have thought of. That the Canadians took their own, very unique line on the show is evident from some of their choices; and it must have been a selecting process to some degree as the order seems to follow no pattern of episodes simply becoming avaialable from the producers - Many Happy Returns for instance was the very last episode of these thirteen to enter production, but is shown at number 8 - whilst A,B&C remains very close to the start, as it does in the *real* broadcast order.

The fact that Once Upon A Time remains used as a penultimate episode is however no coincidence I think- given that McGoohan had always pre-destined it as his penultimate episode. That this episode least encourages the use of Chimes of Big Ben as the final one is emphasised by the fact that Leo McKern's Number Two had died at the end of Once Upon A Time ! However, the appealingly poignant and inconclusive ending of Chimes of Big Ben makes it an excellent choice as the series closer of course. Quite how these two final episodes segued for the original Canadian audience is not clear but the show certainly intrigued them as witnessed by some news comment the following year. 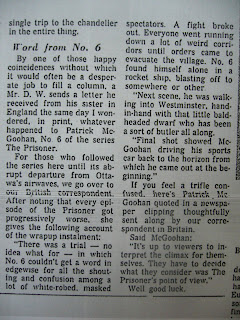 The impression given is that the show was *abruptly* cancelled. However, the story looks to be a little more complicated than that because the order of episodes shown by Canadian TV is both so radically different from the norm, yet still retains the significant elements of using Once Upon A Time as the penultimate one; whilst the thought-provoking notion of making Chimes of Big Ben the finale, rather than the more obvious choice of Many Happy Returns, which was the 13th episode put into production, seems to suggest a guiding hand by somebody.

As always with The Prisoner, things are rarely as simple as they might seem.